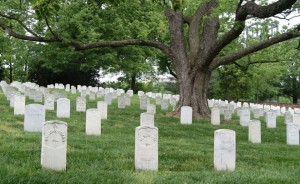 Today is Veterans Day, also known as Armistice Day or Remembrance Day. On this special day, here in Sioux Falls, SD, and all across the country, we pause and salute all who have served. From the veterans of World Wars I and II, the Korean War, the Vietnam War, to the wars in Iraq and in Afghanistan, we remember and honor the tremendous sacrifices made by those members of the United States armed forces (and their families’ sacrifices) to preserve our country’s freedom.

What is Veterans Day?

United States President Woodrow Wilson proclaimed Armistice Day on November 11, 1919 by saying, “To us in America, the reflections of Armistice Day will be filled with lots of pride in the heroism of those who died in the country’s service and with gratitude for the victory, both because of the thing from which it has freed us and because of the opportunity it has given America to show her sympathy with peace and justice in the councils of the nations.”

These heroes are dead. They died for liberty—they died for us. They are at rest. They sleep in the land they made free, under the flag they rendered stainless, under the solemn pines, the sad hemlocks, the tearful willows, and the embracing vines. They sleep beneath the shadows of the clouds, careless alike of sunshine or of storm, each in the windowless Place of Rest. Earth may run red with other wars—they are at peace. In the midst of battle, in the roar of conflict, they found the serenity of death. I have one sentiment for soldiers living and dead: cheers for the living; tears for the dead.

Dr. Kevin Horner, Dr. Keri Barrow, and the entire staff at Horner Barrow Orthodontics would like to humbly say “thank you” to our veterans.